The impact of the recession on workers’ compensation claims

The recent recession resulted in a substantial decline in the number of workers’ compensation claims, a decline much greater than the reduction in hours of work, according to the latest Issue Briefing from the Institute for Work & Health.

The number of workers’ compensation claims in Canada declined more sharply during the 2008-2009 recession than in years previously, and declined more than the reduction in recorded hours of work. The decline in claims was greatest in provinces and sectors that experienced the sharpest fall in employment. This is according to the latest Issue Briefing from the Institute for Work & Health (IWH).

At the peak of the recent Canadian recession, hours of work declined by almost five per cent in the Ontario labour market compared to the previous year, says IWH President and Senior Scientist Dr. Cameron Mustard, who wrote the Issue Briefing with former IWH Research Associate Jeremy Petch. But the number of new compensation claims declined by 18 per cent in 2009 compared to 2008, far exceeding the decline in hours worked during the same period.

Industries hardest hit by the recession also saw the biggest decreases in claim frequency. The construction sector was substantially affected by the recent recession in most provinces and predictably saw larger drops in claim volume compared with the health-care sector, where hours of work were largely unaffected.

Looking behind the numbers

The Issue Briefing points to possible reasons why the rate of compensation claims per hours worked is lower during recessions than during times of economic growth:

What we all want to know is the degree to which the very substantial reduction in compensation claims following the global financial crisis in late 2008 can be attributed to lower workplace risks, and to what degree it can be attributed to decisions made by workers and employers about filing claims, says Mustard. Although he notes that the hours of work and claim numbers reported in the Issue Briefing cannot completely answer this question, he suggests that lower workplace risks are probably responsible for the greatest proportion of the substantial decline in claims observed during the Canadian recession.

Although the key drivers remain elusive, it’s worth noting that measures such as safer machinery, better trained workers and attention to the pace of work may help workplaces—recession or no recession—further reduce the risk of injury and, therefore, keep workers’ compensation claims on a steadily downward trend, says Mustard.

The latest Issue Briefing bears out what was reported in an Issue Briefing released in March 2009. The earlier briefing showed that, relative to the long-term trend of declining claim rates in North America, the frequency of workers’ compensation claims per hours worked tends to go down in recessions and increase in times of economic recovery.

Both Issue Briefings are available at: www.iwh.on.ca/summaries/issue-briefing. 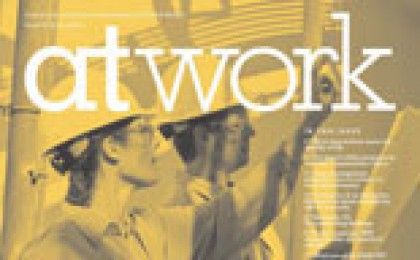