A celebration of Wolfgang Zimmermann and the work of NIDMAR

Over 20 years ago, the National Institute of Disability Management and Research (NIDMAR) opened in doors, with the important aim of reducing the human, social and economic costs of disability to workers, employers and society by providing education, research, policy development and implementation resources to promote workplace-based reintegration programs.

The driving force behind NIDMAR is Wolfgang Zimmermann, who spearheaded its creation and has been its executive director ever since its launch in 1994. Zimmermann’s dedication to NIDMAR’s aims stems from a life-changing event as a young adult.

At the age of 20, Zimmermann was injured during his first week on the job as a tree-faller in a British Columbia forest. A tree fell on him and broke his back. His employer and union at the time supported his return to work, and he became the first injured worker in the 500-person camp to do so. Nonetheless, a few years later, all injured workers at the company were let go.

Knowing first-hand the emotional, social and financial impact of both job attachment and job loss on a person with a disability, Zimmermann became a tireless advocate for labour-management workplace reintegration programs.

That energy resulted in the foundation of NIDMAR, which went on to create Canadian and international codes of practice for disability management, a consensus-based disability management audit tool, certification standards for return-to-work coordinators and disability management professionals (leading to CRTWC and CDMP designations), and the Pacific Coast University for Workplace Health Sciences (PCU-WHS), which welcomed its first students in September 2014.

The Institute for Work & Health’s 2016 Nachemson lecture celebrates the important work of Wolfgang Zimmermann and the organization he leads. Three people who have worked closely with Zimmermann will talk about his important contribution both in Canada and beyond to improving the circumstances of people with disabilities in the working world.

Andrew King, formerly the National Leader for Health, Safety and Environment at the United Steelworkers Union in Canada who recently completed his master’s of law degree at the University of Ottawa, will talk about the role of Zimmermann and NIDMAR in the development of an International Labour Organization (ILO) code of practice for disability management.

The Honourable Wayne G. Wouters, PC, Chancellor of PCU-WHS and former Clerk of the Privy Council and Secretary to the Cabinet in Ottawa, will talk about the use and impact of Zimmermann’s work through NIDMAR on the federal public service.

The annual Nachemson lecture is one of the most important networking events of the year in Ontario for policy-makers, researchers, professionals, advocates and other stakeholders in the field of work injury and disability prevention. This year’s lecture is a little different than most. It not only includes a number of speakers, but also takes place on a Friday over the lunch hour.

About the Alf Nachemson Memorial Lecture

The annual Alf Nachemson Memorial Lecture honours the significant contribution of Dr. Alf Nachemson to the use of research evidence in clinical decision-making. Dr. Nachemson was a distinguished orthopaedic surgeon and researcher from Sweden, and a founding member of the Institute for Work & Health’s Scientific Advisory Committee.  The lectureship is awarded to a prominent national or international individual who has made a significant and unique contribution to evidence-based practice or policy-making in the prevention of work-related injury, illness or disability. 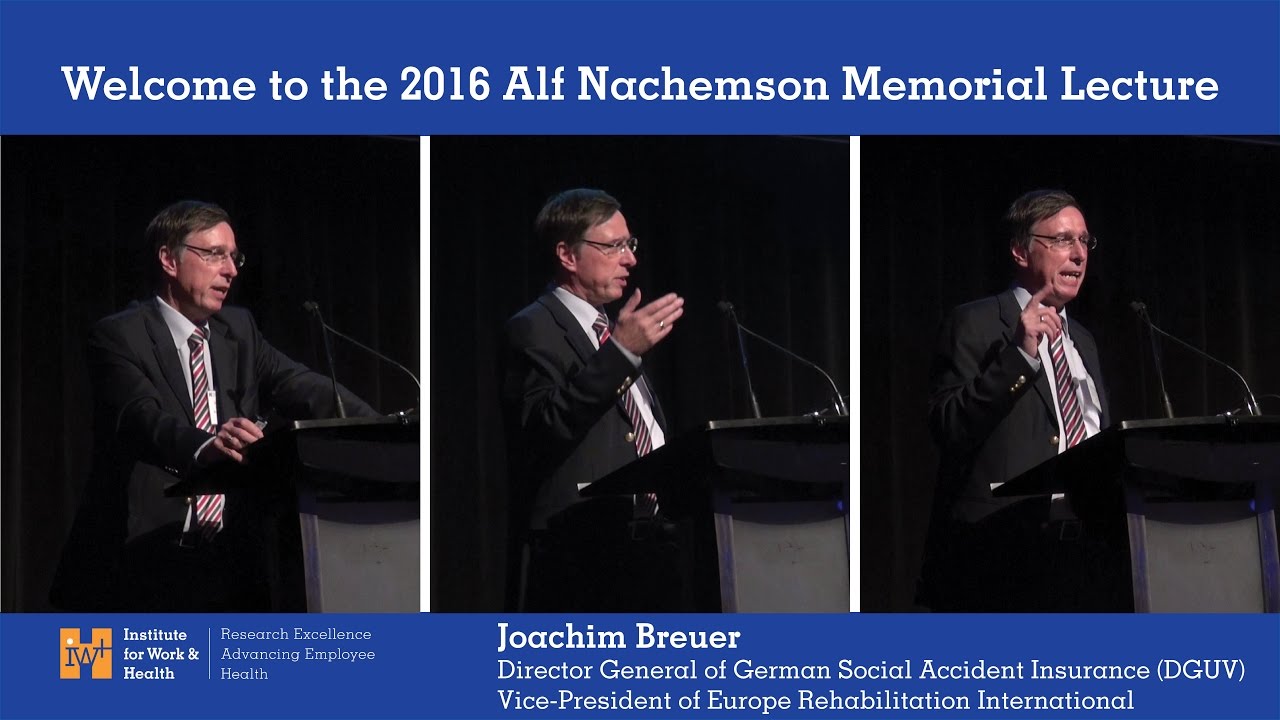 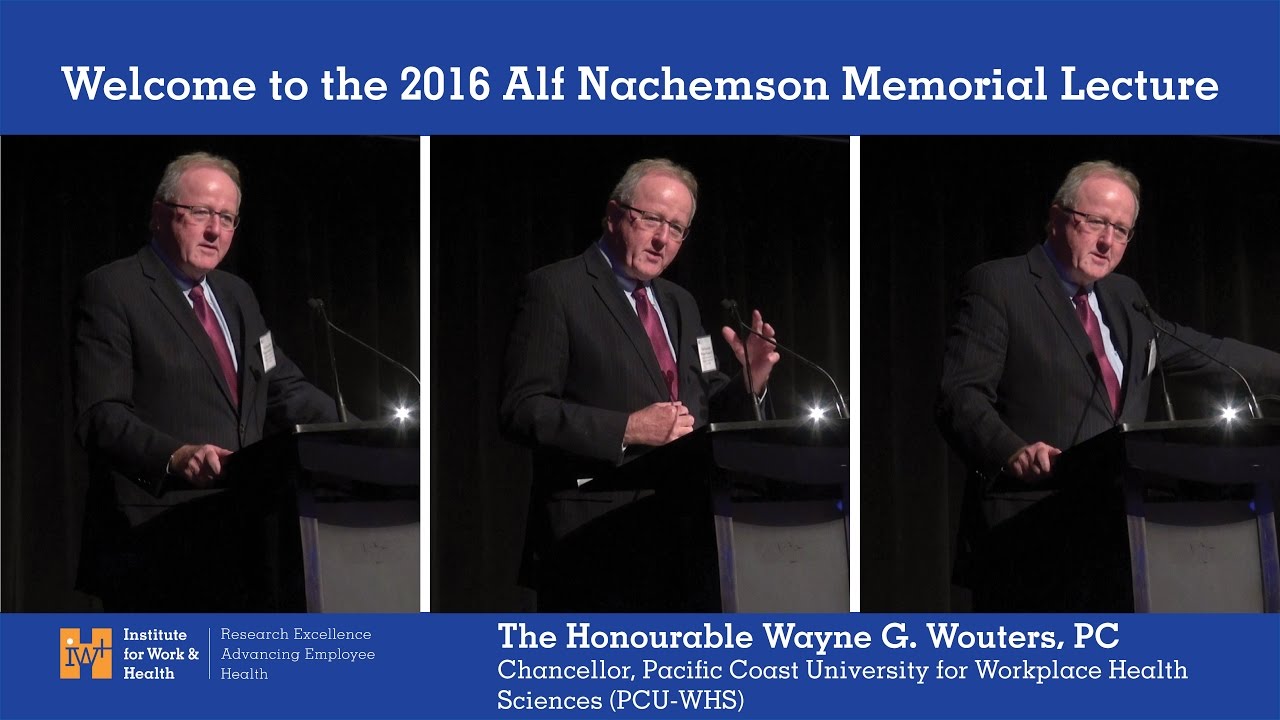 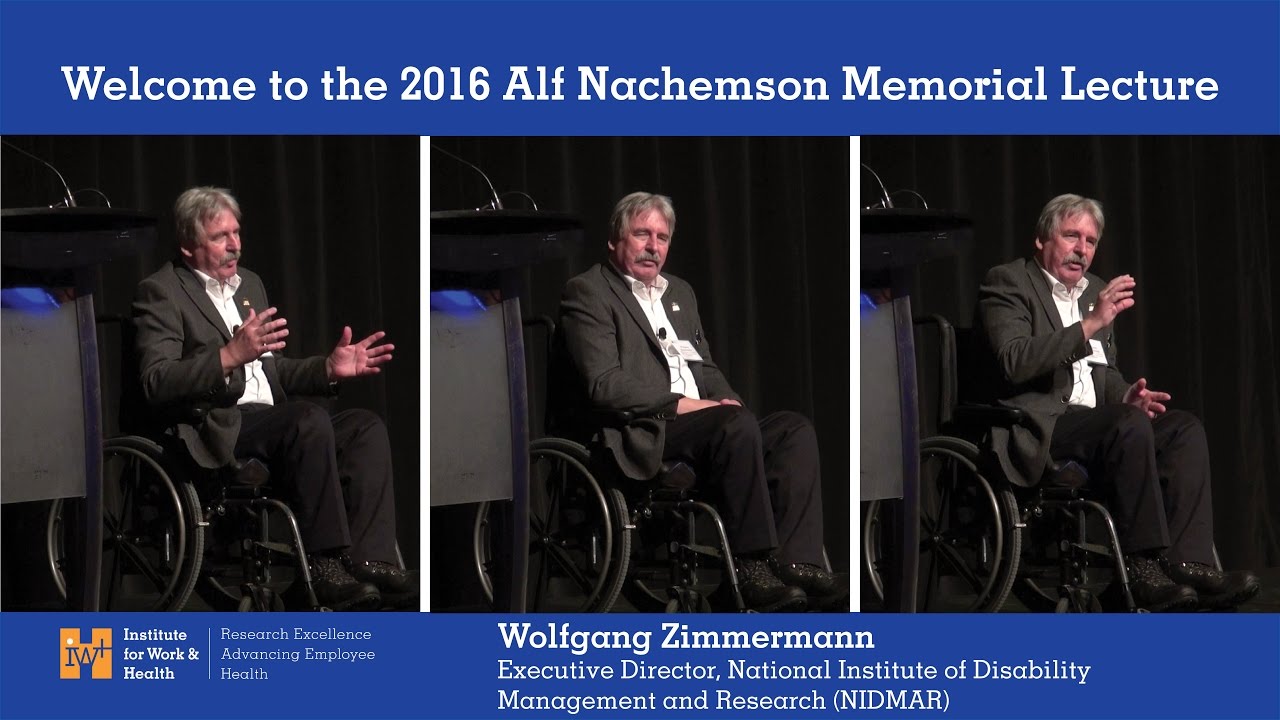 Watch presentation by A King 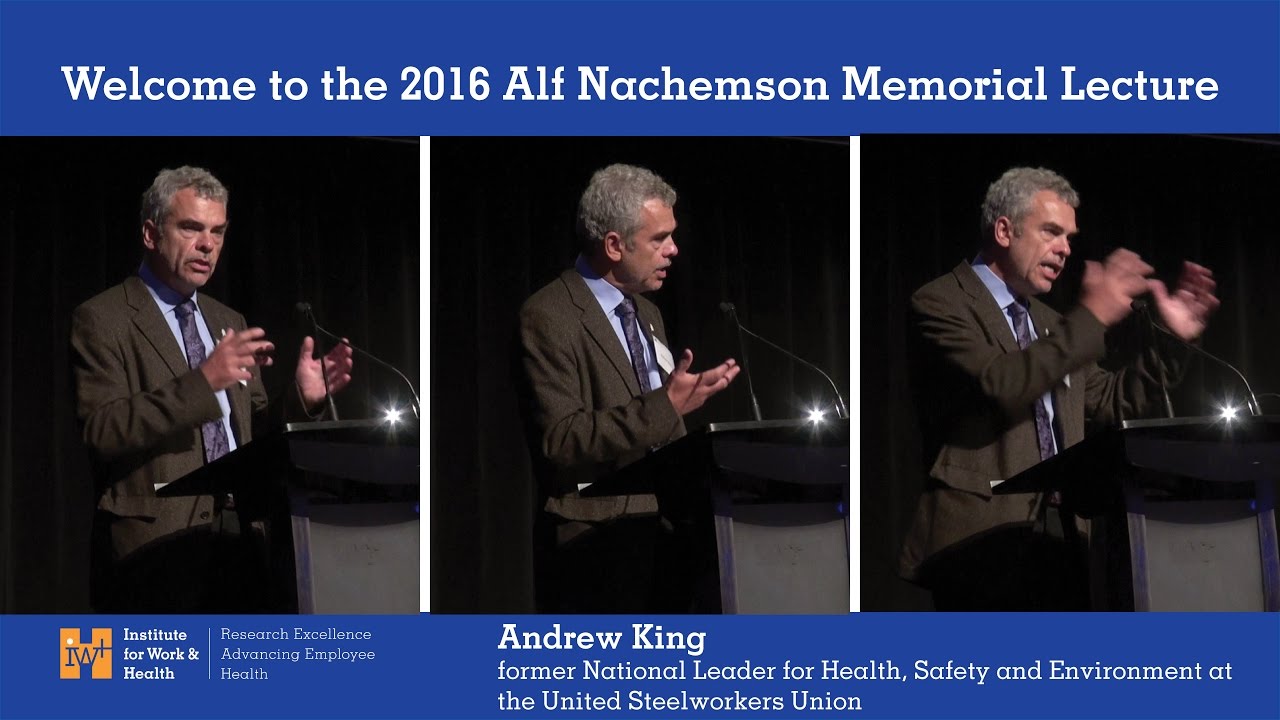