In February of this year, the World Health Organization (WHO) released a report titled Rehabilitation in health systems, which includes nine recommendations to improve rehabilitation services around the world. The Institute for Work & Health (IWH) played a key role in the development of these recommendations, being one of three research organizations contracted by WHO to canvas the evidence on the best ways to strengthen and expand the availability of quality rehabilitation services. While the report primarily targets low- and middle-income countries, as noted by Dr. Andrea Furlan, lead researcher of the IWH evidence-gathering team contracted by WHO, “the recommendations resonate in Canada as well, given that rehabilitation plays an important role in keeping people in an aging population independent for longer, and helping people with chronic and acute injuries participate in school and work.” At this plenary, Dr. Furlan and Emma Irvin (also on the IWH research team) discuss the WHO’s recommendations for improving rehabilitation services globally, as well as the evidence behind them.

The IWH Speaker Series brings you the latest findings from work and health researchers from the Institute for Work & Health (IWH) and beyond. For those unable to attend, the recorded webinar of most presentations in the IWH Speaker Series are made available on its web page within a week of the event. 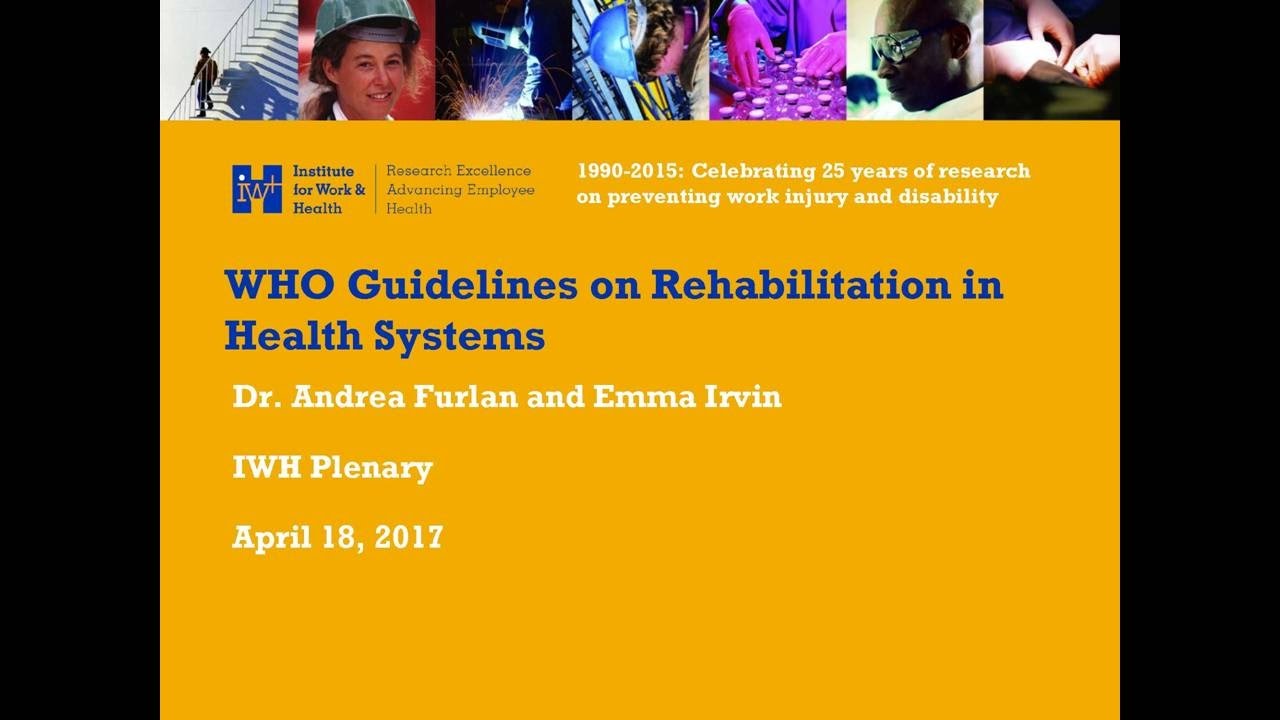