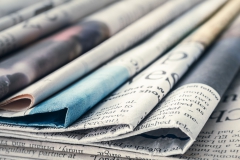 Poor Canadians stand a greater chance of dying early than the well off and that gap has been growing for decades, says a detailed new analysis. The study, published in the Canadian Medical Association Journal, found the chances of dying before age 75 of avoidable causes has been declining for almost everyone. But they’ve been declining for the rich much faster than for the poor and have been doing so for a generation, writes the Canadian Press's Bob Weber.
Media outlet
Huffington Post
Date published
Monday, September 28, 2020
Link to source
https://www.huffingtonpost.ca/entry/canada-health-inequality-study_ca_5f71f4fcc5b64deddef13346