You’re riding on a public transit bus to work. As you look around the bus, you notice a poster of a man who’s holding up his hand that only has three fingers – his index finger and thumb are missing. The poster’s message underscores the importance of safe workplace practices. Does this message make you think or act differently in your job?

This is an important question that researchers Dr. Cameron Mustard and Amber Bielecky set out to answer with a recent systematic review. They examined published research evidence on social marketing campaigns in occupational injury, disease and disability prevention.

Social marketing approaches have shown their effectiveness in many areas of public health, such as smoking, says Mustard, Institute for Work & Health President and Senior Scientist. In our review, we found emerging evidence that these methods can be effective in improving and protecting the health of workers.

Mustard and Bielecky presented this review’s findings and highlighted two effective social marketing campaigns at the International Association of Labour Inspection conference in Toronto this spring.

Slips, trips and falls decreased by 20 per cent

On The Right Foot was a campaign that ran from 2003 to 2005 in Germany. The campaign aimed to reduce slips, trips and falls by 15 per cent over two years. It used television and print advertising, posters and pamphlets, as well as workplace consultation and inspection that targeted 30,000,000 workers.

The evaluation showed improved workplace conditions and a decrease in injury rates. In 2005, slip, trip and fall injuries were reduced by 20 per cent compared with 2002 rates. Plus, a 47M Euro reduction in compensation costs was also realized over the same period.

In Australia, a media campaign was effective in reducing back pain claims and lowering compensation costs. Back Pain: Don’t Take It Lying Down targeted those workers who had already experienced an episode of back pain to help reduce disability, a leading cause of health-care costs.

The campaign included television and radio commercials that featured health-care professionals, local celebrities and actors. There was a billboard and poster component, plus management guidelines of back pain that were targeted to doctors.

Over a three-year period after the campaign, the number of back pain claims were reduced by more than 3,300 claims and more than $40 million was saved in compensation costs.

While these two campaigns showed that social marketing campaigns can be effective in a workplace health context, more high quality evaluations are needed to confirm the findings from this review. 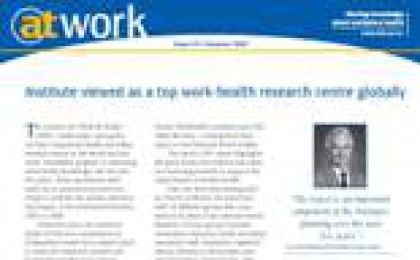