New research from the Institute for Work & Health indicates that depressive symptoms are pervasive among workers disabled by musculoskeletal disorders. For those whose symptoms persist, sustainable work-returns are less likely, and treatment by a mental health professional may be needed to improve recovery.

What role does mental health play in the recovery and return to work of workers with musculoskeletal disorders (MSDs)? How can family doctors be made more aware of potential mental health problems among injured workers? These are the types of questions being asked by the Institute for Work & Health (IWH) as it focuses its mental health research on the optimal clinical and workplace management of mental health disabilities.

Mental health disorders among working-age adults have a substantial impact on labour force participation, productivity and disability, says IWH President Dr. Cam Mustard. Yet, our knowledge of optimal practices for supporting the recovery and return to work of workers with mental health disorders, whether occurring on their own or with other injuries, is limited. How do we bring these workers back to sustainable work? That’s the mental health research focus at IWH.

Answers are starting to come. An ongoing study at the Institute is looking at the relationship between depression and MSDs, namely back and upper extremity injuries.

Led by IWH Adjunct Scientist Dr. Renée-Louise Franche, director of disability prevention at the Occupational Health and Safety Agency for Healthcare in British Columbia, with the active involvement of IWH Research Associate Nancy Carnide, the study concludes that depressive symptoms are pervasive in workers with MSDs. This is particularly true in the weeks immediately following injury and among workers who later have problems returning to and staying at work.

The study, accepted for publication in the Canadian Journal of Psychiatry, follows a group of about 600 workers who had not been diagnosed with depression in the year prior to their injury. These workers were interviewed one month and six months after their injury. This is the first study we are aware of that followed a group of workers over time to document their mental health problems post injury, says Carnide.

Whether depressive symptoms contribute to or are the result of a delayed return to work could not be determined from our study, says Carnide. But, presumably, returning to the workforce and resuming regular routines can have a positive impact on injured workers’ mental health, especially for those who can maintain their return to work. That said, higher levels of depressive symptoms may develop in those struggling to return to work, making recurrences of work disability more likely.

Furthermore, injured workers with ongoing depressive symptoms do not seem to be getting the diagnosis and treatment that may be needed. Among those at the six-month mark who still reported high levels of depressive symptoms, relatively few (about one in eight) had been diagnosed with depression. (However, a limitation of this study is that depressive symptoms can be present due to a mental health condition other than depression, which was not assessed in the study.)

These findings indicate the mental health of injured workers needs to be addressed, says Carnide. It has been neglected for too long. They also reinforce the importance of the clinical assessment of depressive symptoms to identify who needs further assessment and treatment by a mental health professional.

We still need to understand what distinguishes a temporary reaction to a workplace injury from a problematic reaction, and within what time frame, Carnide points out. Nonetheless, our findings suggest an important window of opportunity for physicians to address symptoms prior to six months. 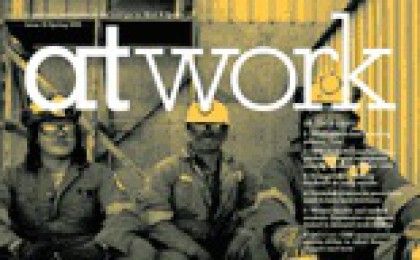