The big picture: Solving the “problem” of OHS in small business

Solutions to the “problem” of health and safety in small business are slow in coming. At the 2009 Alf Nachemson Memorial Lecture, Dr. Joan Eakin drew upon her years of research to help explain why.

When it comes to occupational health and safety (OHS), small workplaces are universally recognized as a “problem.” Yet solutions remain elusive. Why?

According to Dr. Joan Eakin, a professor at the Dalla Lana School of Public Health and director of the Centre for Critical Qualitative Health Research at the University of Toronto, it’s because policy-makers and researchers alike don’t fully understand the nature of OHS in small business.

Eakin explored this theme in a thought-provoking presentation to 130 OHS stakeholders. They were attending the Institute for Work & Health’s 2009 Alf Nachemson Memorial Lecture, held last November in Toronto.

There are over two million workplaces in Canada with fewer than 20 employees. They are considered an OHS problem because, by most accounts, they have higher injury and illness rates than larger firms in similar sectors. Pulling from her years of research in this area, Eakin argued that the problem is poorly understood for three main reasons.

1. OHS is framed from a management perspective, largely ignoring the worker perspective. Implicitly, the term “small business” is equated with those who own or manage the business. This is reflected in assertions that small workplaces are unable to properly deal with OHS because they lack knowledge of laws and hazards, tend to put productivity ahead of health and safety because of slim profit margins, and need programs that are simple, cheap and amenable to informal management styles.

Workers are largely invisible from the OHS equation in small workplaces. In part, Eakin explained, that’s because these workers are hard to identify. They are typically not unionized and have little or no collective presence.

In a study of front-line service providers at Ontario’s Workplace Safety and Insurance Board (WSIB), Eakin demonstrated one way in which the management-centric standpoint plays out. She found that front-line staff typically view small businesses as mom-and-pop operations struggling to make ends meet.

As a result, they see economic motivation and maximization of profit as natural and legitimate for small business employers, said Eakin. So WSIB front-line staff tend to cut small employers “a little slack” and “to take a soft approach” by educating rather than punishing.

The same is not true for injured workers. For them, self-interest or economic motivation is not viewed as either natural or legitimate by WSIB staff. If injured workers are seen as seeking the best possible deal for themselves, they risk … being seen as scamming the system or seeking easy money, said Eakin. Consequently, front-line staff tend to respond with a get-tough approach, unlike the response to small business employers.

One small business study of Eakin’s focused on workers’ views on health and safety. It revealed that a workplace injury can bring to light the fundamental conflict between the interests of the worker and the interests of the company, Eakin said. When this conflict, usually hidden in the informal and personal work environment of the small firm, is exposed, it can break down the idea of the firm as a family and “damage the internal social fabric of the organization.”

3. OHS legislation and policies tend to be designed with large, unionized workplaces in mind. This can result in an often-unacknowledged glaring misfit between regulations, policy and institutional structures and the realities of small workplaces, Eakin said.

Eakin’s study looking at the effects of Ontario’s new self-reliant return-to-work model on small firms provided examples. Under the model, employers are expected to provide safe and, if necessary, modified work to bring workers back early, even before full recovery.

However, as the study showed, few opportunities for modified work may exist in small workplaces. As a result, Eakin explained, they are sometimes brought back to humiliating, do-nothing jobs. Or they are sometimes brought back to jobs that are “socially dislocating and distressing for the worker,” such as an injured truck driver begin given modified work in an all-female back office.

The notion that early return to work needed to be socially as well as physically safe for workers was not anticipated in the policy, said Eakin.

In the end, Eakin wasn’t advocating paying more attention to worker viewpoints at the expense of management viewpoints, or forsaking risk assessment for the sake of protecting the family-like social fabric. Rather, she argued for “an enlargement of the field of vision” to include all the dimensions. Doing so, she proposed, would enable us to gain traction on the problem of OHS in small workplaces.

To view Eakin’s presentation slides, which include references to the studies, go to: www.iwh.on.ca/nachemson-lecture. 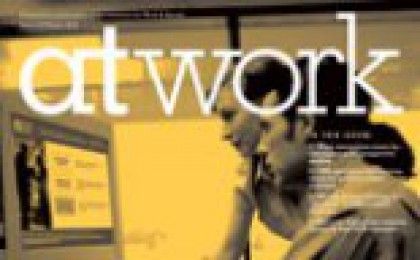