At issue: Comparing the costs of workers’ compensation in California and Canada

A new Issue Briefing examines workers’ compensation costs in Canada and in the state of California. The briefing shows that the administrative costs of the workers' compensation system in California are much higher than in Canada.

Everyone has an opinion on health-care insurance, with well-publicized debates over the advantages and disadvantages of single-payer public systems versus competitive private insurance approaches.

The briefing shows that the administrative costs of the workers’ compensation system in California are much higher than in Canada.

Published in February, the briefing specifically examines wage replacement benefits, health-care treatment expenses and administrative costs. California and Canada have economies that are approximately similar in scale. In 2007, about 15 million workers were insured for workers’ compensation in California. In Canada, 14 million workers were insured.

The briefing – which draws from several statistical reports and published research on workers’ compensation – shows that in 2007, $9.9 billion was paid in wage replacement to workers and health-care service reimbursements in California. In Canada, $7.3 billion was paid over the same time period. (Figures appear in each country’s respective currency).

Although the systems follow broadly the same principles, there are differences that need to be acknowledged, the briefing points out. One factor to consider is the way that wage replacement benefits are structured. The benefit rate and maximum weekly benefit is lower in California than in Canada. The Canadian system provides a larger share of benefit expenditures directly to disabled workers as wage replacement benefits.

However, in California, more disability episodes – between 25 and 30 per cent – are awarded a permanent disability benefit. In Canadian systems, this figure is about 10 per cent, due to statutory differences in the definition of eligibility for permanent partial disability and the greater involvement of legal representation in California.

Given the renewed interest from workers’ compensation policy decision-makers in examining the costs and benefits of compensation systems, the briefing concludes: “There is very little evidence that competitive insurance markets are more efficient in the provision of health-care services or in providing wage replacement benefits to injured workers.”

The full Issue Briefing is available for download at: www.iwh.on.ca/briefings/comp-california-canada 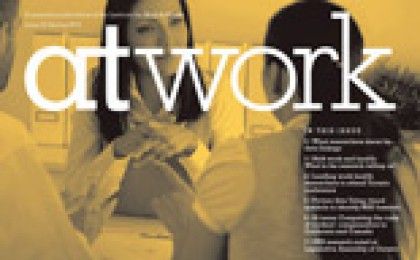