Probing the link between occupation and risk of suicide

Is it an urban myth that workers in certain occupations, such as dentists, are more likely to commit suicide, or not? It turns out that for most occupations, your job does not increase your risk of suicide.

However, suicide is one of the leading causes of death in developed countries. It can profoundly impact the lives of individuals – from family to friends, colleagues and others – and society as a whole. In Canada, about 70 per cent of all suicides occur in adults who are between the ages of 30 and 64. If workers in specific occupations were indeed at higher risk of suicide, then prevention efforts could be focused accordingly.

To date, in adults who are working, there has been no consistent evidence that specific occupations have a higher risk of death due to suicide. Yet, several theories still link certain aspects of jobs to the risk of suicide. One is that exposure to chemicals, such as pesticides, may cause mood or behaviour impairments increasing suicide risk. Another risk is having knowledge of or access to the ways by which a suicide may be accomplished, which would include health-care workers. Finally, the demands of some occupations may lead to isolation, burnout or exposure to traumatic events, which can be risk factors for suicide.

An Institute for Work & Health (IWH) research team sought to explore whether there was a connection between occupation and risk of suicide among Canadian workers. Led by IWH President and Senior Scientist Dr. Cameron Mustard, the team published the study’s results in the June 2010 issue of The Canadian Journal of Psychiatry (vol. 55, no. 6).

We observed a limited number of associations between occupational groups and suicide risk in this study, says Mustard. This suggests that, with few exceptions, the characteristics of specific occupations do not substantially influence the risk for suicide.

However, the researchers did find notable differences between men and women.

For specific occupational groups, the researchers found higher rates of suicide for men in nine groups: nursing, therapy or assisting-related work; farm, horticulture or animal husbandry; forestry or logging; clay or stone processing; excavating or paving; other services; water and motor transport operating; and library, museum or archival sciences. (There are 80 minor occupational groups listed in the 1980 Standard Occupational Classification).

In women, elevated rates of suicide were seen in four groups including office machine operating; other services; physical sciences; and metal machining. This study’s results support findings from similar studies conducted elsewhere. Given this, the authors note, Suicide prevention strategies in occupational settings should continue to emphasize efforts to restrict and limit access to lethal means, one of the few suicide prevention policies with proven effectiveness.

The researchers used a unique study design to explore the association between occupation and risk for suicide. IWH researchers – with staff from Statistics Canada and the Direction de la Santé publique de Montréal-Centre – collaborated to create a database.

The database linked a 15 per cent sample of Canadians who completed the long form of the 1991 Canadian Census to the Canadian Mortality Database for the years 1991 to 2001. The Census provides self-reported information on income, labour force participation and disability. The Canadian Mortality Database contains copies of death registrations documented by provincial vital statistics registrars of death. In total, this study cohort contained record linkages for more than two million Canadians. 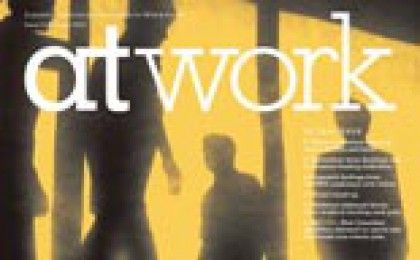