Stephen, a construction site manager, is forthcoming about his use of temporary agency workers. I’ll hire a couple of guys for a half a day to unload a container, he says. It’s just heavy-duty work that I’d rather not have my guys doing.

Vince, the owner of a large temp agency, agrees that the use of agency workers to take on the more hazardous work is not out of the norm: it helps his clients keep their own workers’ compensation records clean. He remembers being asked to provide industrial labour to a client who happened to be receiving an award for best health and safety practices. That day, I had two people … rolled out the back door in an ambulance, he says. The client kept his health and safety record up high because he outsourced to staffing companies all the … jobs that required any type of dangerous work ….

These were among the comments heard by Institute for Work & Health Scientist Dr. Ellen MacEachen and her team during their research into job safety and return to work in temporary work agencies. They highlight the structural problems that underpin occupational health and safety (OHS) in these agencies, as reported this spring in Policy and Practice in Health and Safety (vol. 10, no. 1, pp. 77-95).

Our main finding was that low-wage temp agency workers are less well protected because of the complex working relationship in which they find themselves, says MacEachen.

As she explains, agency workers have two employers: the temp agency and the client employer. But temp agencies don’t have control over the worksites to which workers are sent, and often don’t fully know the risks. While both temp agencies and client employers have responsibilities under Ontario’s Occupational Health and Safety Act, only temp agencies are considered the employer under the province’s workers’ compensation legislation, which weakens the incentives for client employers to protect these workers.

This is not about bad apples, MacEachen adds. It’s about a structural weakness in the regulatory system that leaves temp agency workers without the same protection as regular workers.

In light of this, MacEachen proposes three key changes:

The temp agency sector is an established part of today’s flexible labour market. Yet temp agency work can be risky. For example, in the United States, temp agency workers have higher injury claim rates than those in standard work arrangements, and double the rates in construction and manufacturing. (Comparable statistics for Canada are not collected.)

IWH researchers wanted to understand how temp agencies manage health, safety and return to work, with a specific focus on low-wage workers. They undertook a study that included legal and documentary analysis, as well as focus groups and interviews with agency workers, temp agencies (both multinational and smaller agencies), client employers and key informants, such as inspectors and policy-makers. Sixty-four people took part, in four Ontario locations.

The research team made a number of important findings.

Temp agency efforts to prevent injuries are largely ineffective. This is the case because:

Client employers have little incentive to improve safety for temp agency workers. Because temp agencies are the employers under Ontario’s Workplace Safety and Insurance Act, they are the ones subject to experience rating surcharges when worker injuries occur—not client employers who actually control the worksite.

Temp agencies can manage work accident costs. Temp agencies, by and large, prefer to maintain responsibility for claims and costs because it increases business. And they can generally manage accident costs and consequences, as follows:

Low-wage temp agency workers are less well protected than workers in a standard employment relationship, MacEachen says. “Our research identifies ways that legislation and policies need to catch up with the reality of today’s work conditions.” 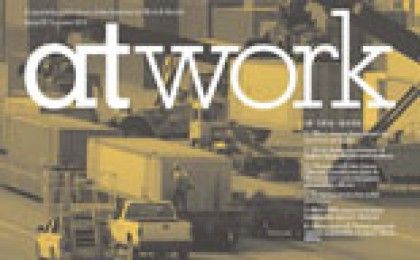