An Ontario textile plant saved over a quarter-of-a-million dollars as a result of implementing a participatory ergonomics program, according to an economic evaluation performed by the Institute for Work & Health.

A participatory ergonomics (PE) program has proven to be beneficial to the bottom line of an Ontario manufacturing firm, according to a new study by the Institute for Work & Health (IWH).

IWH researchers conducted a similar evaluation in a car manufacturing plant. In that case, too, the PE program proved to be cost-effective (see Summer 2009 issue of At Work).

Clearly, PE was worth the investment for both firms. This seems to be the case, even though the ergonomics interventions were typically low-cost and low-tech, says IWH Scientist Dr. Emile Tompa, who led the study. Most of the costs were for ‘people time,’ rather than tools and workstation changes.

Despite the large number of studies that describe PE best practices, few investigate the costs and benefits of PE programs. Yet the demand for this kind of information is big, according to Tompa. Resources are limited, so organizations want to know which health and safety alternatives provide the best value for their money, he explains.

PE programs involve workers, supervisors and other workplace parties jointly identifying and addressing work-related risks that can lead to musculoskeletal disorders. In 2001, the shirt manufacturer involved in this most recent study implemented a PE program using the process outlined in the how-to guide Participative Ergonomic Blueprint, developed by the University of Waterloo (available at www.iwh.on.ca/pe-blueprint).

A worksite ergonomics change team was set up, which included management and union representatives from the plant, as well as two expert ergonomists external to the company. Team members were trained to use PE principles to identify jobs for improvement, assess the ergonomic risk factors of the identified jobs and come up with solutions.

In the end, the team identified and implemented ergonomics changes for 97 workers in 27 different types of jobs. The changes ranged from equipment and workstation adjustments to process changes. Almost all were low-cost and low-tech changes that were made by the plant’s mechanics and maintenance staff (e.g. adjusting workstation heights).

Tompa and his team then came in to calculate the outcomes of the PE program in dollars and cents over the four-year period from January 2000 to February 2004. This period included three distinct phases: before (72 weeks), during (100 weeks) and after (44 weeks) the implementation of the program.

As for savings, the researchers calculated the money saved by comparing before-and-after numbers for health measures (i.e. workers’ compensation claims, first-aid only incidents, modified-duty cases and durations, casual absence days, and long-term sickness claims and durations) and productivity measures (i.e. percentage of shirts manufactured correctly the first time and percentage of target output produced). Complex statistical methods were used to ensure, as much as possible, that any changes identified were due to the PE program and not other changes at the firm taking place at the same time.

The study team found many improvements. Its calculations suggested that the PE program:

Interestingly, workers’ compensation claims were not affected by the PE program. As for productivity, both the percentage of shirts manufactured right the first time and the percentage of target output produced improved, resulting in about 135 more shirts being produced right the first time each week. This resulted in savings of just over $18,000.

Subtracting the PE program costs from the savings, the company was ahead $294,825 over a four-year period. That represented a benefit-to-cost ratio of 5.5: for every $1 spent on the program, the company saved $5.50. PE programs can be effective and cost beneficial from a company perspective, Tompa concludes. And companies may need to look at more than workers’ compensation costs to measure these benefits.

Tompa adds that PE interventions do not have to be expensive to achieve health and productivity benefits. Small-scale things— i.e. minor workstation modifications—can yield big returns, he says. For example, it came to light in the shirt manufacturer that some of the textile racks were too high for workers to reach comfortably.  So the racks were lowered and needless strain was avoided. Many simple changes like this seemed to add up to make a big difference.

For those interested in introducing a PE program at their own workplace, see the IWH’s lay-friendly guide outlining the six key steps that have been shown to contribute to the success of a PE program: www.iwh.on.ca/pe-guide. 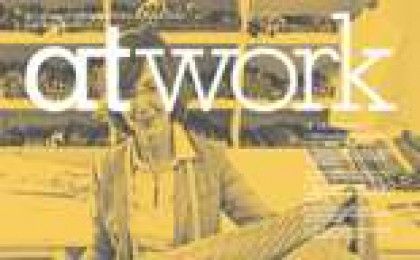