The young and new on job most affected by heat stress: study

Study of work-related heat stress finds heat strokes, sun strokes and other heat illnesses spike over groups of days and disproportionately affect those on the job less than two months

If employers were ever to issue a workplace equivalent of such alerts, they should ask workers to keep an eye on their young colleagues—especially the new ones on the job.

According to a study by the Institute for Work & Health (IWH) on heat stress, young men working in manual occupations are most vulnerable to extreme heat. The more inexperienced they are on the job, the more likely they are to need time off work to recover from heat stroke, sun stroke, fainting and other forms of heat illnesses.

These heightened risks are seen even after accounting for the fact that this group of workers—young, manual labourers new to the job—are already at greater risk of work injury, says Melanie Fortune, a research associate at IWH and the lead researcher of the study on heat stress.

Fortune recently presented these findings at a meeting of the Ontario Ministry of Labour’s occupational hygienists.

That matches what we know about the importance of workers being acclimatized to their work environments, says Fortune. Someone working actively in 32-degree Celsius temperatures, for example, wouldn’t feel the heat effects as severely after two weeks as on the first day.

But, for new workers who come into heated environments or labour conditions to which they’re not acclimatized, we expect that they’d be more at risk, Fortune says.

First of its kind

The study, the first of its kind in Canada, was a descriptive study with the main objective of painting a portrait of work-related heat stress in Ontario: how often it happens, who faces the most risk and when cases happen most frequently.

With climate change expected to bring up the number of more unbearably hot days, Fortune hopes this study will help policy-makers and employers focus their intervention efforts.

The study was carried out using two sets of population-based data. One was hospital emergency room (ER) records where the visit was recorded as work-related. The other was lost-time claims across Ontario for the period of 2004 to 2010, obtained from the Workplace Safety and Insurance Board.

In the seven years covered by the study, emergency rooms in Ontario treated 785 cases of heat illnesses incurred at work. During that time, workers filed 612 lost-time claims for heat illnesses.

One of the more notable findings in the study was the fact that the illnesses tended to occur in clusters. The ER visits and lost-time illnesses occurred on just 12 per cent of all days during the seven-year period.

More than half—55 per cent—occurred during groups of more than one day. One particularly hot spell over two days in August 2006 accounted for 101 instances—or 13 per cent—of all heat-related ER visits in the seven years.

We know from other research that after a heat exposure, our bodies really need time to recover, says Fortune. Let’s say we have a string of hot days, and you don’t have air conditioning at home and you drink a beer after work to cool down, your body may not have recovered when you go back into work the next day, Fortune says.

The data also allowed Fortune to examine the sectors with the highest risk of heat stress. Workers in government services accounted for 14.6 per cent of all heat illnesses, which was 2.3 times higher than their share of 6.3 per cent of all injuries. That ratio—of 2.3 for government workers—was the highest of all the sectors. Agriculture had the second highest (1.9), followed by construction and business service, both at 1.4.

The finding did not surprise Fortune. The sectors highest on the list were those with a lot of outdoor work. Government services included workers who maintained parks, fought forest fires and collected trash. There are many folks in the public sector who work outdoors, says Fortune.

This study is the first in a series looking at heat stress. Fortune’s next study will look at which communities across Ontario are most at risk of work-related heat illness, and how the cases correlate with the weather. 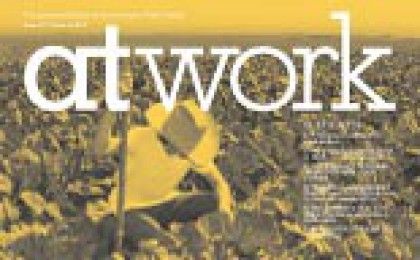