What are the health effects of unemployment? Many studies have asked this question. Some have focused on the mental and physical health impact during unemployment. Others have looked at unemployment’s effect on health in the period following joblessness, including the association between unemployment and mortality.

But until recently, no study has looked at the relationship between unemployment and specific causes of death among a large number of representative Canadians.

A recent study by the Institute for Work & Health (IWH) is the first to do just that. Published in May 2013 by the journal BMC Public Health (doi:10.1186/1471-2458-13-441), the study of all-cause and cause-specific mortality followed a large group of Canadians for 10 years after a period of high unemployment in 1991. It found elevated risks of mortality among those unemployed at the beginning of the 10-year period—right across the board.

Canada is one of the few developed countries for which this information had not been previously available. That’s why this study is important, says Dr. Cameron Mustard, IWH president and lead author of the study. It’s also important because the study looks at a period when unemployment was high—one that’s comparable to the period we’ve just lived through.

The study looked at a large group of Canadians who were between 30 and 69 years of age and who had worked at least a week during 1991, a census year.

From among the one-in-five Canadian households that completed the long-form census that year, researchers chose a massive sample of 1.6 million people—about 15 per cent—to include in the study. About 111,000 of them, or 6.9 per cent, were jobless on census day.

Working with Statistics Canada, Mustard’s team analyzed death records for the nearly 58,000 individuals who died in the 10 years following 2001. The team compared the rates of death between the people who were working and those who were jobless on census day in 1991. The causes of death were grouped into six large categories: cancer, heart disease, respiratory disease, alcohol-related disease, accidents and violence, and all other causes.

Even for the other categories, where the differences were not as stark, researchers still saw higher mortality rates among the unemployed group.

Again, these were differences in mortality rates between those unemployed on census day in 1991, as compared to those who had a job at the time. Researchers had no information about people’s work experience in the 10 years following—whether they were unemployed for a long or short spell, and whether they had a job when they died.

To probe that theory, the researchers looked at the death rates in two time frames—the first five years and the second five years after census day.

One possible interpretation of these findings, says Mustard, is that the same factors may be associated with both being unemployed and being at higher risk of mortality. People who have less education and lower-skilled jobs, for example, are at greater risk of experiencing unemployment; they also face higher risks of mortality than people with higher education and higher skills. 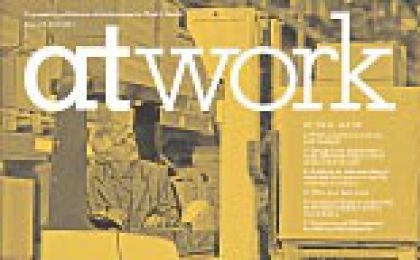