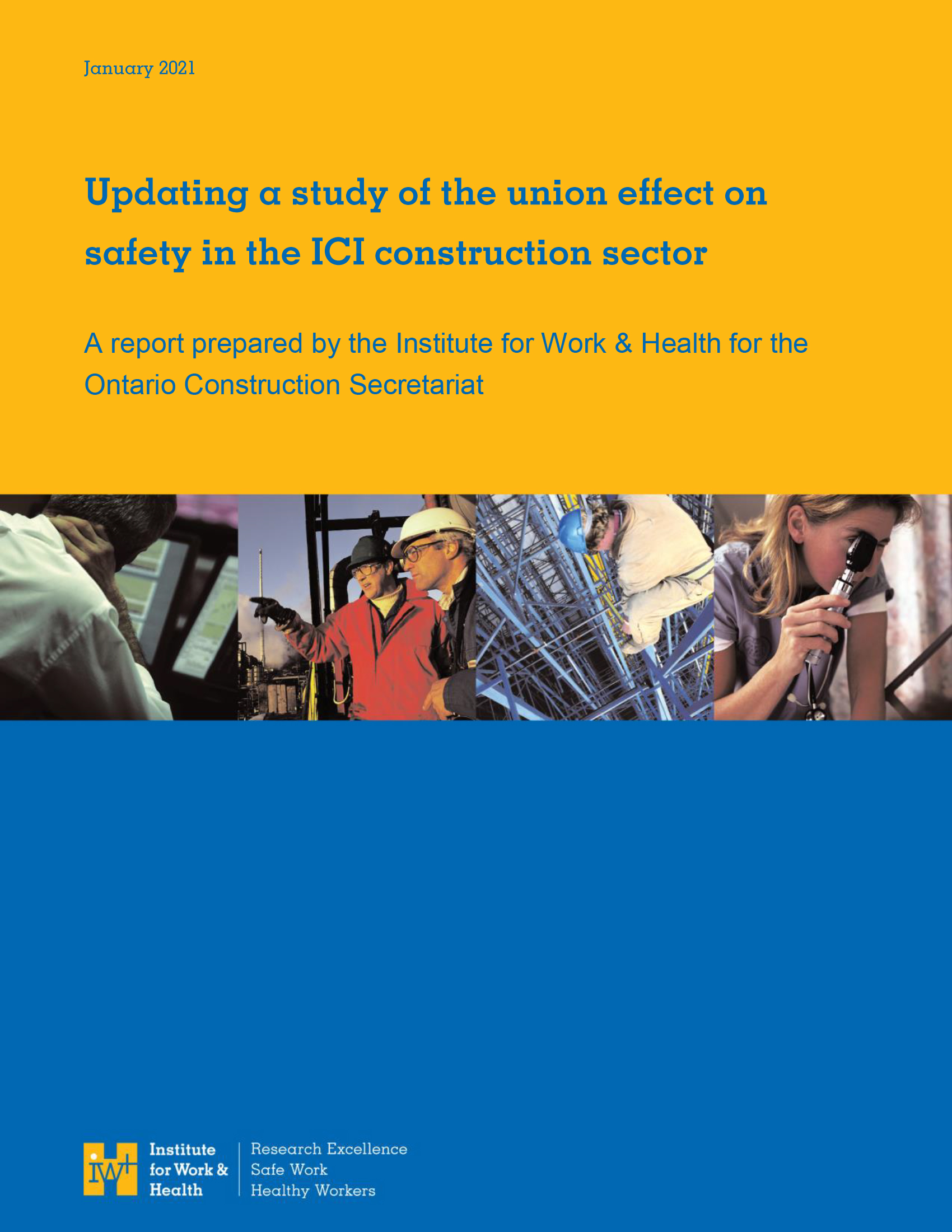 In 2015, the Institute for Work & Health (IWH) published a study on the effect of unionization on the incidence of workers' compensation claims in companies from the institutional, commercial and industrial (ICI) construction sector in Ontario, using data from 2006 to 2012. That study concluded that unionization lowered the likelihood of organizations reporting lost-time injury claims and increased the likelihood of them reporting no-lost-time injury claims.

At the request of the Ontario Construction Secretariat, IWH updated the earlier study using data from 2012 to 2018. The findings of that update are included in this report. Like the earlier study, this update found that company unionization was associated with a lower risk of lost-time allowed (LTA) injury claims. It did not repeat the earlier finding that unionization was associated with a higher risk of no-lost-time claims.

The Institute received financial support from OCS for the research. OCS played no role in the scientific aspects of the study.