Work injury and poverty: investigating prevalence across programs and over time 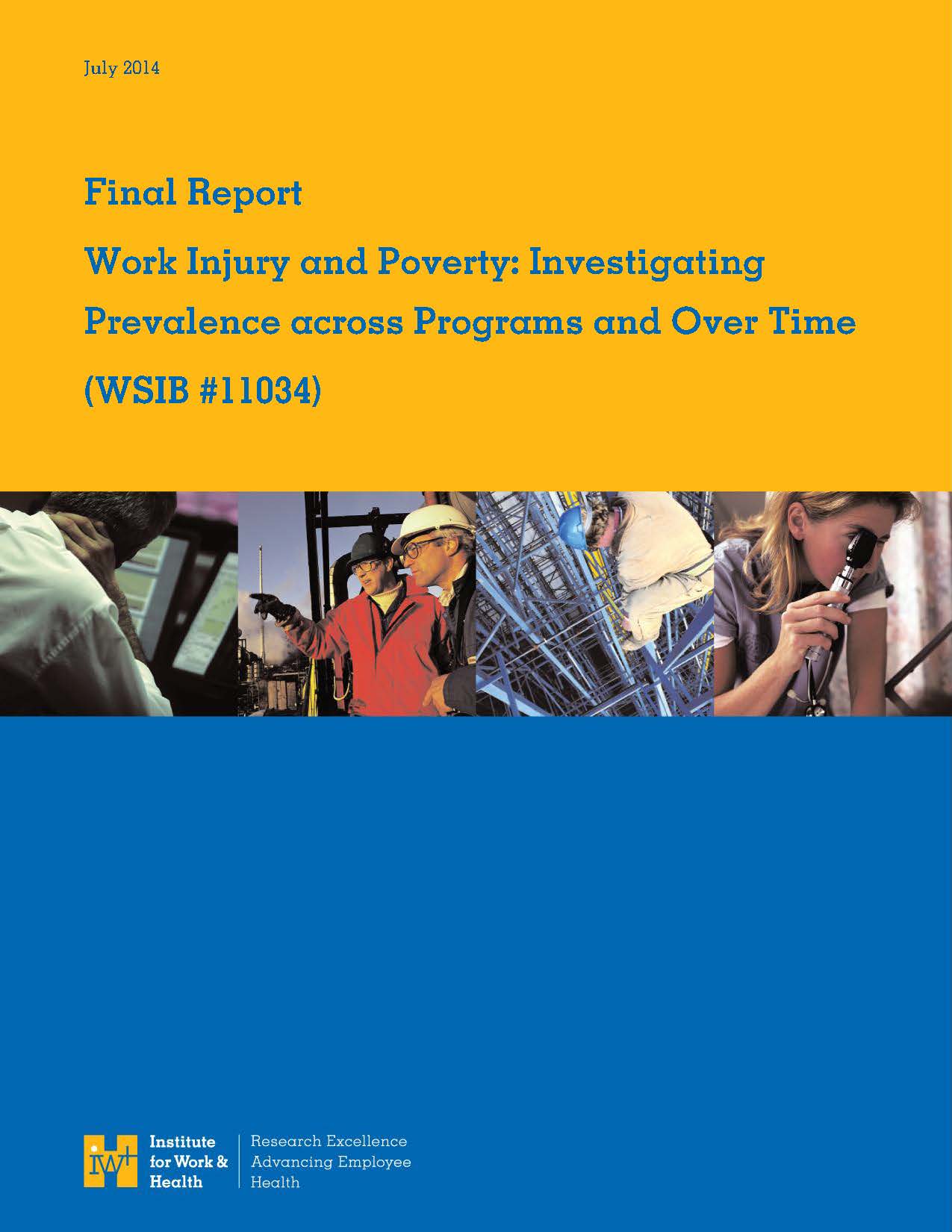 This report shares the findings from a study on the prevalence of poverty among permanently impaired injured workers across different time periods and receiving benefits from different legislative programs.

The study found that, at the individual earnings levels in which after-tax labour-market earnings plus workers’ compensation benefits were considered, benefits were an important part of what kept poverty levels low for injured workers. Though differences in poverty levels between injured workers and their matched controls were modest at the individual earnings level, the differences increased over time. At the census family level in which after-tax family income from all sources was considered, poverty levels of injured worker families were similar to their matched controls.